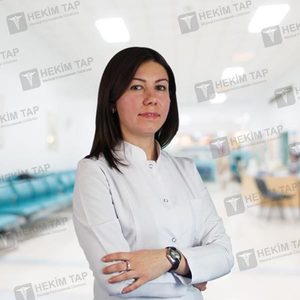 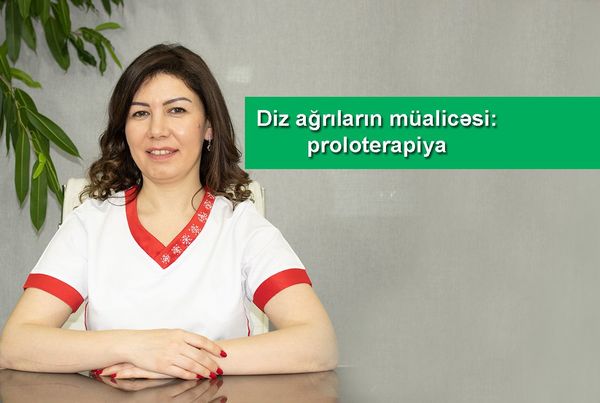 Injury of cruciate or lateral ligaments are mostly occurs due to the trauma. Acute knee pain leads to serious discomfort when walking or bending the knee. In some cases calcification may occur as a result of repeated injury.

The main symptoms are knee pain, swelling, limited movement of the joint. Knee release can be felt in some cases of chronic pain.

Excessive twist of the knee is the main mechanism of the posterior cruciate ligament injury. In physical examination, redness associated with bleeding under the skin of the back of knee due to severe injuries can be observed. The knee has swelling and movement loss. Pain and walking difficulty may exist. Prediction of the illness is usually good.

2. Tendinitis ( Inflammation of the tendon)

Can either be a symptom of rheumatic disorder or syndrome associated with overuse.
Patellar tendinitis (tendonitis of the kneecap): It is one of the most common causes of pain under the kneecap. It is mostly seen in sports where jumping is involved (volleyball, basketball, tennis, athletics). Activity related knee cap pain is a typical complaint. A pain or tension can be seen after sitting for a long time or after climbing stairs. Pain reduction is main objective of the treatment.

The meniscus fills the space between the joint surfaces of the thigh bone and the tibia. The meniscus plays an important role in keeping knee steady by balancing weight across the knee. A Meniscal injury occurs due to sharp trauma or injury within ageing process. The medial meniscus tears are more common than lateral meniscus tears. Main complaints of meniscal injuries are knee pain, knee cap pain, swelling and movement limitation. If ligament injury is not accompying, then there is less swelling. Palpation of injured area may be painful.

Sac functions as a gliding surface to reduce friction between tissues of the body. There are 11 sacs around the knee joint. Damage to any of these sacs can cause knee pain. Repeated small traumas, acute direct trauma, and infection can also occur as a secondary cause. Local kneecap pain, swelling, skin redness and high temperature can be observed.

A joint condition in which joint cartilage or bone underneath the cartilage of a joint dies do to the lack of blood flow and in contrast to healthy tissue, structure change due to loss of vitality.
The most common location where cartilage cracking observed, is inner surface of thigh (hip) joint. The most common cause of pain in elderly people and in 20% of cases is bilateral.  Can be occur due to acute trauma, repeated minor injuries, circulation disorders and genetic disorders. Knee pain increased by physical activity and swelling can be observed.

Usually it occurs in middle-aged and elderly women. Knee pain and limitation of joint movement may be observed without any injury. The symptoms can be eliminated, if the treatment begins at an early stage.

The patella is a triangular shaped bone that lies in front of the knee joint. It guides up and down a groove called the patellafemoral groove at the front of the thigh bone or femur as the knee bends. Sometimes, stretching of the knee muscle or ligament in the opposite direction, could lead to the loading of kneecap bone. In such case, the patella can, partially or completely, be dislocated. By knee twisting, sudden kneecap pain appears and the patient becomes unable to straighten the knee. Besides this, an injury to the medial collateral ligament can also appear. More often occurs in young athletes and girls. Loose ligaments, weakness, an abnormal growth of the hip bone and an abnormally high location of the knee cap are factors that provoke a knee displacement.

Anyone who spends time doing things that make them bend their knees a lot, runners, cyclists, or soldiers can get runner’s knee.  Pain usually, occurs after about 10-15 minutes of running, but goes away shortly after resting. Sometimes pain may occur during walking or climbing stairs.

Osteoarthritis, which is the medical name of calcification, is a bone condition that occurs with local cartilage loss around joints. Frequency of calcification increases by age. Clinically, the main symptoms are considered to be pain and stiffness in the joint. Knee calcification is the main cause of knee pain, in 1/3 of elderly population. It is more common in women and one knee is damaged more than the other.

There are several treatment choices for knee pain. However, most of them only temporary relieve the pain.  Painkillers and anti-inflammatory medications only temporary relieve the pain for the short time, as joint injury occurs to be exist. At the same time, painkillers are not an effective solution, as they weaken and increase injury of collateral and medial ligaments and express adverse reactions. In addition, the cortisone injection also relief pain, but after a while the effect decreases and problems with side effects begin to appear. A large number of patients believe that surgery is a complete treatment and choose a knee arthroplasty. Nevertheless, the prosthesis also has got a limited lifetime and a patient undergoing a surgery at 50 years of age, will need to repeat surgery at the age of 60. Besides, patients with knee prosthesis still have complaints after the surgery, and knee arthroplasty is quite a complex operation and has serious risks (infection, non-fixation of the prosthesis, non-acceptance of the prosthesis by the body, since it is not a native substance, etc.) both during the operation and after it. Among all these treatments, prolotherapy is considered an effective, harmless treatment without severe side effects.

In prolotherapy treatment of knee pain, injections into the knee joint, to the binding point of periarticular joints and bones and around knee cap, helps to accelerate healing process of the body by causing controlled inflammation due to increased blood flow, which results in formation of new collagen and cartilage tissue and restores injured (damaged) joint.

In knee pain, prolotherapy treats the cause of the disease, not just the consequences (symptoms). Prolotherapy is a method of treatment that revitalises tissues, joints, tendons and ligament system of the knee; heals damaged parts and weakened ligaments; reveals, restores and strengthens tissues. The aim of using prolotherapy as a treatment for knee pain is to reduce the severity of the loading that falls on the knee, strengthen the ligament, muscles and tendons, and restore structures such as the internal ligament of the knee, cartilage and meniscus.  In knee prolotherapy, with the renewal of the tissue and stabilisation of the joint, the pain shall decrease over time. Thus, prolotherapy restores the knee joint within a certain period of time. Sessions are held every 3-4 weeks, depending on the patient’s age and the extent of the specific injury. The effectiveness will be further enhanced if during the time of treatment shall the patient have a healthy diet, perform the prescribed sports exercises, lose weight if possible. Most patients experience complete recovery. Prolotherapy is a natural and effective treatment used in acute and chronic knee pain, which treats the cause of the illness rather than the result.

The video related to the topic: